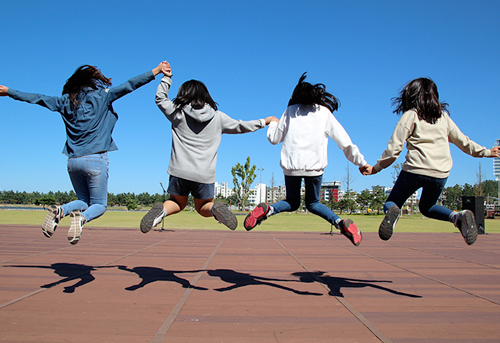 We live to change lives, save lives, and build a stronger community.

Catholic Charities provides help and creates hope for thousands of people in need. Many lives are changed and following are success stories from some of those who benefited from our work and our partnership with donors, churches, foundations, corporations, organizations, government and other social service agencies. 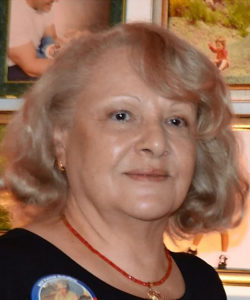 After “Nadia” became very ill last year, she could not leave her apartment for three months. Because she had recently moved to Long Beach, she didn’t know many people in the area and was pretty much on her own.

When a friend of Nadia’s visited from San Francisco, she was concerned to see Nadia looking so poorly. “She started calling around for help and discovered Catholic Charities,” Nadia remembers. The two women went to Catholic Charities’ Long Beach Community Services Center and were interviewed by Joan Dilig, Case Manager for San Pedro Region’s Gatekeeper Project.

“From that point on, I didn’t have to worry about food or human touch. People at Catholic Charities cared. They do so much good,” Nadia explained. “They were there for me and still are. They touch my heart.” 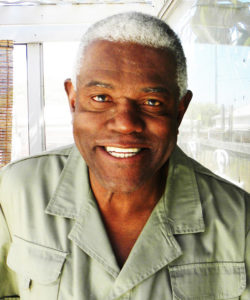 “John,” 68 years old and disabled, shared a mobile home with his elderly parents in Pomona. When his parents went to an assisted living facility, John was without their income to pay for the rent and utilities.

John then learned that Social Security had increased his income. He expressed his gratitude to Catholic Charities. 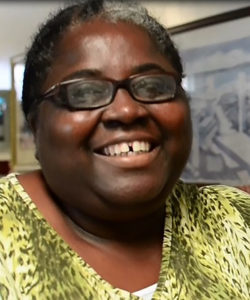 A former Catholic Charities’ client, “Leola” recalls that she was a registered nurse but
went from being self-sufficient, having family and friends, to not being able to help herself.

When Leola came to Catholic Charities’ Project Achieve Emergency Shelter in Long Beach, “everything just got better from there.” There was a mandatory meeting every two weeks with a case manager, “but I needed that, a sounding board,” Leola shared. “When I was there, I went to anything that was offered, such as life skills’ classes and the housing program. The hardest was keeping my spirits up, but I had awesome case workers and everything just opened up. I got my housing approved and now I’m in my own apartment. It’s all good,” Leona said with a big smile. 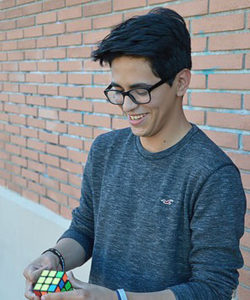 “Jhonatan” is a recent Esperanza Immigrant Rights Project’s client who was born in El Salvador. When his parents immigrated to the United States, he was placed in removal proceedings. Jhonatan began to work with Esperanza attorney Evelyn Cedeno-Naik and, together, less than a year later, they won his case. “When the judge said yes, and that she didn’t have any problem with granting my case, it was incredible. The feeling was great,” Jhonatan exclaimed.

Since arriving in the U.S., Jhonatan has been attending school and applying to colleges. Columbia and UC Berkeley are his current top choices. “I want to study something that has to do with math and technology. I was looking at computer science, but I want something that is a little more difficult,” Jhonatan explained.

“Esperanza is a good program. They’ve helped me with everything and, during the entire process, they were good with me and my family,” Jhonatan concluded. 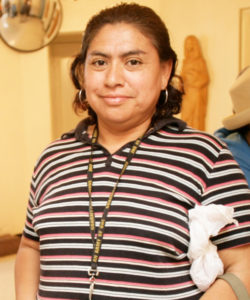 Every week, hundreds of individuals and families walk through the doors of the food pantry located at Catholic Charities’ Santa Barbara Community Services Center. These people come from various paths of life and backgrounds. However, they all rely on the supplemental food they receive from the food pantry.

The “Villa” family is one example of clients who receive this service. Because of the generosity of donors, this working mother is able to make sure that her children have nutritious food and that they do not go to bed hungry. With smiling faces, the small children accompany their mother to help her pick from fresh fruit, vegetables, grains, meat, and other staples, which ensure that they receive the proper nutrients that they need to be healthy. 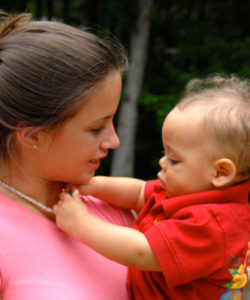 “Jessica” entered Catholic Charities’ Elizabeth Ann Seton Residence in Long Beach with her six-month old son after they became homeless. She expressed that this was her chance to start her life over to create a great future for herself and her son. She had been through a lot of turmoil and was determined to take the proper steps to ensure that her son would never have to experience such problems.

At Elizabeth Ann Seton Residence, Jessica was referred to the Women’s Re-Entry Program where she was able to receive group therapy and meet women who had gone through similar hardships.

Jessica stated, “Right now, I am giving up the old me entirely, people, places, things.” She continues to work weekly with her Catholic Charities’ case manager to find housing and employment. 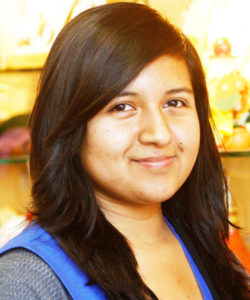 “Ashley”, a former El Santo Niño Community Center’s client, grew up in an area surrounded by gang and drug activities. When she was 11 years old, Ashley joined the El Santo Niño summer camp and, for several years, appreciated all the classes, especially arts and crafts. The positive experiences she had from the summer camp prompted her to become a year-round youth program participant.

While at the center, Ashley received support from various programs, including tutoring and mentoring. She developed a strong sense of leadership, which then enabled her to become a good role model and support for other youth. Through Catholic Charities’ Archdiocesan Youth Employment Services, she was able to join an internship program at the center.

Currently, Ashley is a freshman at California State University, Los Angeles. She is grateful for the staff of the summer camp and youth programs at El Santo Niño for guiding and inspiring her to follow her goal to obtain a college degree. 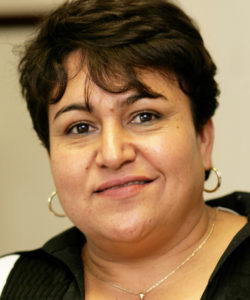 “Maria” is a single mother with two children, “Daniela”, age 17, and “Andres”, age 10. They experienced their first episode of homelessness in January, sleeping in their car for three days before entering Elizabeth Ann Seton Residence, Catholic Charities’ family shelter in Long Beach.

While in the shelter, the children’s grades in school improved dramatically. Maria worked diligently with the shelter’s case management team to find housing and locate other resources to help with her family’s future success. Maria has now settled into her home and is excelling in classes to assist her with learning English.