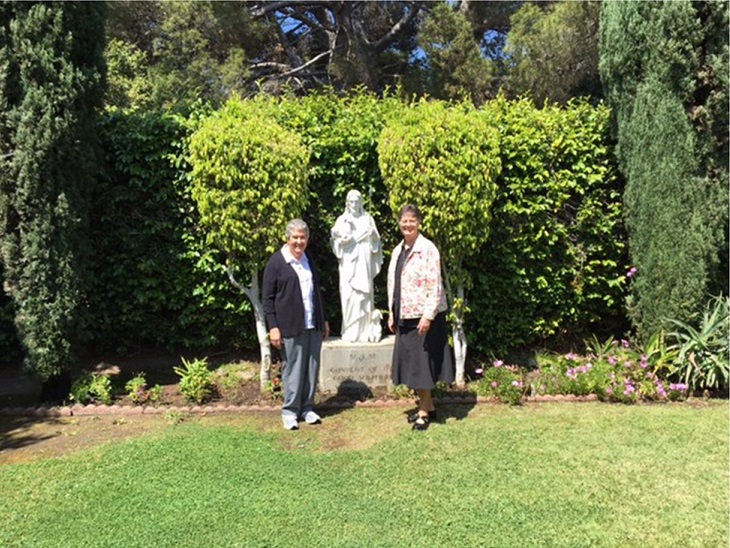 Good Shepherd Shelter, founded by the Sisters of Good Shepherd, is the first shelter for women and children fleeing domestic violence in Los Angeles.

(for Mothers and Children Suffering from Domestic Violence)

In 2018, the Sisters of the Good Shepherd approached Monsignor Cox in regard to taking over their Good Shepherd Shelter program, which serves mothers and children, victims of domestic violence. This was due, not only to the financial impact of the lack of vocations in the Sisters’ community, but also to Catholic Charities’ reputation as a well-run, credible human services’ agency. The Convent of the Good Shepherd began in Los Angeles in 1904 to serve delinquent girls between the ages of 12 and 21 who were referred by Juvenile Courts, welfare agencies, parents and guardians. The original convent, on 14 acres, had a capacity for 225 girls in residence. In 1977, the Sisters looked for new ways to help children from violent, dysfunctional homes and to assist their mothers to provide a safe, secure home and stability for their future; thus, Good Shepherd Shelter was born. The former convent was demolished and some of the property sold. A new, smaller convent was built on the remaining property, as the first domestic violence shelter in the City of Los Angeles. It is a secret compound, located in one of the roughest neighborhoods in Los Angeles. In 1979, a 12-unit apartment building, adjacent to the convent, was purchased and a preschool, Pre-K to 6th grade classrooms and Adult Learning Center were added. In 2010, a house adjacent to the 12-unit apartment building was acquired. On October 3, 2019, in Catholic Charities’ Centennial year, the agency closed escrow on the purchase of the property from the Good Shepherd Sisters. This provides Catholic Charities with a unique opportunity to serve this growing and vulnerable group of women and children well into the next 100 years.